a judge in San Jose, California, held a probable cause hearing to determine if a murder trial would go forward.   The charge was aiding and abetting a shooting that had taken place months earlier.

The defendant on trial during this particular hearing was an alleged member of “Sons of Samoa” or S.O.S., which had been operating in the State of California since the late 1970’s, when the County of Los Angeles displaced approximately 500 Samoan families from the City of Carson as part of a redevelopment plan.  The displaced families were promised the opportunity to move back to the area once the development was complete and were told they would be eligible for government sponsored loans.  The loans were never honored and many of the families were permanently displaced.  Their new community would come with threats from other gangs, and so Sons of Samoa was born.

When a detective with the San Jose Police Department testified about the department’s gang investigation, she began by establishing herself as an expert.  She outlined her training in Hispanic gangs, Asian gangs, Black and African American gangs, and outlaw motorcycle gangs.  This training, like most gang training in America, included the identification of gang members by subcultural markers such as clothing, tattoos, and symbols.

The gang members in this case, the detective testified, sometimes wear blue clothing.  This includes pants, shirts, shoes, jackets, hats, bandannas, and shoes.  S.O.S members, the detective stated, also sometimes have tattoos.  These tattoos can include the word S.O.S., the number 19 (as S is the 19th letter of the alphabet) or general ‘San Jose style’ tattoos that say ‘SJ’ or ‘San Jose’.  These tattoos might also contain images from San Jose neighborhoods or pictures of childhood homes or personally relevant places, what social scientists would call the ethnic enclave, where many Samoan residents live.  In this way, stated the detective, S.O.S is a ‘turf-oriented’ gang, because some parts of the city, where Samoan residents tend to live, are places where S.O.S. members can be found.  Sometimes these areas are marked with graffiti, but not always.

The case at issue this day was a murder, in which the defendant had been seen with the suspected shooter earlier that day.  While eye-witnesses did not see him at the scene of the murder – indeed they specifically said that he was not present during the shooting – his interactions from earlier in the day, coupled with his suspected gang affiliation, led to him being swept up in the case.  So, in part, the hearing became about whether he was a member of the gang.

The gang detective testified that S.O.S is also a familial gang, and

“people are often born into the gang rather than being jumped in”.

This was a key piece of evidence in the state’s case.  The defendant was Samoan, had been born into a suspected S.O.S family, and lived in a predominantly Samoan neighborhood.  His social media posts indicated that he often flashed the “I love you” American Sign Language symbol, and he owned blue shoes.  In the view of the gang detective, his gang affiliation had been established, which meant that his earlier interactions had become criminal.

While cell phone evidence eventually placed the defendant at home during the shooting, and the charges would ultimately be dismissed, the policing strategy for gangs in San Jose illustrates something that is regularly missed in research on racial bias in policing.

Social scientists tend to focus on the social factors that give rise to racial disparities in policing.  While we have acknowledged that policing itself is racially disparate, and the result of settler-colonial processes, we have not paid as much attention to the different contexts that produce disparity.

This has largely been the result of a data problem.  Without a way to measure racial disparity in police action, researchers have been forced to examine policing through case-studies and other small-N research.  While this has provided a textured and nuanced understanding of the administrative and social processes that can produce bias, it has not given us the tools needed to understand the social contexts under which disparity forms.  Without measurement tools, policy efforts at police reform have stalled.

How do contextual factors, related to policy environment, segregation, and inequality, impact racial disparity in policing?

Boundaries demarcate different groups.  People live in different neighborhoods.  Different ethnicities have different cultures, and inequality keeps us separated.  This project uses national data, over a 16-year period, to examine how the structure of neighborhoods, cities, labor markets, and group relations impact police behavior.  It situates policing in a larger debate about the structural nature of inequality, and casts policing as not only a form of inequality, but a circular process that enhances other forms of inequality, and in return is enhanced by them.  In this way, inequality in policing becomes a self-generating problem that cannot be solved without addressing larger inequality issues.

Check out the data: https://redbird.shinyapps.io/police-bias-map/

method behind the data

The paper was the most read IPR working paper in 2020! 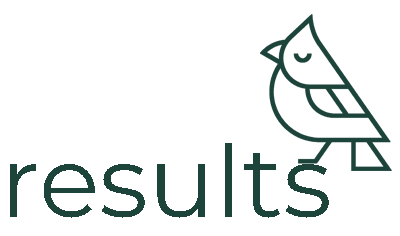 Check out the data